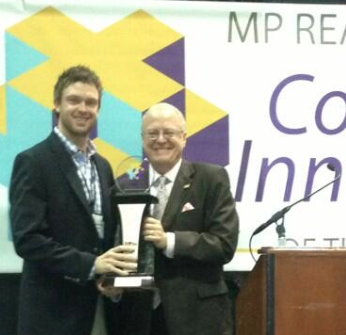 TruQC is proud to announce that our industrial painting job-site software and quality control app received a Materials Performance Readers’ Choice Corrosion Innovation of the Year Award at the NACE Corrosion 2013 Conference in Orlando, Florida. There were nearly 50 other products in the running.

“We’re extremely thankful for all who nominated and voted for TruQC in the competition,” said Ross Boyd, CEO at TruQC. “It’s an honor to be selected by your peers. We owe the majority of our success to the industry – they’ve embraced us.”

The multi-week voting competition ran over the course of late winter 2012 and early winter 2013 and included readers of Materials Performance, members of NACE and others. This marks the second major industry award for TruQC. The first was being named Coatings Pro Magazine’s Product of 2012.